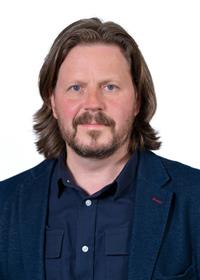 If you have any queries or problems that need to be discussed with your Lib Dem Councillors, please contact:

My first year as a councillor for everyone in Grotton, Springhead and Lees has been a huge privilege and plenty of hard work. Despite being shadow cabinet member for Employment & Enterprise, the vast majority of my time, energy and effort goes into casework directly affecting the ward I’m so happy to represent. Oldham Council is very large organization responsible for delivering over a thousand services with a budget of about £100 million – it’s my job to argue for the best outcomes for everyone in our ward and for those who come to me with specific problems or concerns.

Residents often wonder what councillors actually do and how much they get paid. I am paid a total allowance of £12,969. Along with nearly all my colleagues, I have claimed no expenses for the year. Councillors are free to devote as much or as little time as they see fit to the work. Fortunately, I am self-employed and work mainly from home, so am happy and able to devote a significant portion of my week to residents’ concerns and council business (this is one reason it’s called an allowance rather than pay…… if I divided the allowance by the number of hours worked it would be far less than minimum wage). In a single year, with my ward colleague Cllr Sam Al-Hamdani, we may have over 300 individual pieces of casework either completed or in progress.

As well as being contactable by phone, email and Facebook, Sam and I hold two in person surgeries per month for those residents unable to use email/Facebook. These are on the first and third Tuesdays of each month with two sessions per day 12-2pm and 6-7pm. I also actively go out and find casework by knocking on residents’ doors every week and asking how I can help residents. There are about 5000 homes in our ward and my team and I aim to knock on every door at least once per year.  As well as door knocking, my team and I keep in touch with everyone by posting regular Focus newsletters through each door several times a year.

·         The first is for the introduction of safety measures around St Edwards and Hey with Zion schools. A bid of over £23,000 will deliver additional safety fencing around the schools, new measures to prevent cars driving on pavements, access protection markings to help prevent parking across driveways, and clearway areas to ensure better traffic flows. These have been developed in conjunction with the School Streets scheme which is aiming to cut traffic at key times in the new school year.

·         The second bid is for funding for direct building works to Springhead Community Centre, enabling it to continue providing community services.

·         Identified funding gaps in child and adult safeguarding from GMP and campaigning to ensure fair funding.

·         Ensuring the delivery of 30 disabled parking bays across Oldham following a campaign.

·         Reporting and following up on flytipping throughout the ward, particularly at hot spots. Supporting Cllr Sam Al-Hamdani in efforts to secure a solution to combat commercial flytipping at these hotspots.

·         Repairs of potholes throughout the ward, including those reported as trip hazards.

·         Fence repairs made on Linear Way and in Lees village centre.

·         Campaigning for the introduction of Community Speedwatch across Oldham