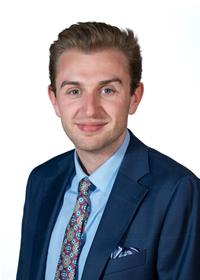 If you have any queries or problems that need to be discussed with your Conservative Councillors, please contact:

My priorities are the priorities of the people living in my ward, and wider Saddleworth

·         Bridge-Spring Street - we have worked with residents, Ramblers and the PRoW Officer to get that open, we’ve paid for it to be resurfaced and have drainage works, we’ve had safety fencing erected to stop people falling over the edge.

·         Well-i-Hole - after it was vandalised we had it cordoned off and reconstructed as a matter of urgency, after many months we’ve had the padlock cut off so the gate opens and enforcement action taken against the illegal activity.

·         This is thematic across the Ward and we continue to work closely with Highways regarding missing signs and blocked FPs to avoid losing them altogether.

·         Liaising with the Group Solicitor to have a Creation Order written for a Public Right of Way from Dobcross to Uppermill following the lines of the old footpath past Brownhilland Mytholm Mill.

·         I was a Member of the Advisory Panel and managed to secure the full funding for renovations to Lydgate Village Hall and reconstructing Friezland Arena working closely with the Applicants and signing the Applications off.

·         There is scaffolding up on the Carr Lane bridge over the Bridleway as it is pointed and maintenance works are completed to ensure it is safe. I’ve seen more detail of that in this month’s newspaper but my colleague Cllr Sheldon has been asking for over a year now.

·         Councillors Curley, Sheldon & I were consulted by Environmental Services on the placement of litter bins across the Ward and we have secured recycling provisions at Dove Stone, plus strategically placed bins at the ends of the Bridleway.

·         They cannot be on the Bridleway because there has to be access for collection vehicles.

·         After asking for bigger and better bins for years I dare say we consider this securing of bins to be a success, even if we had to wait for it.

·         My colleague Cllr Lancaster & I have successfully got the Parish Council to sign up to the Covenant to support our Armed Forces community in Saddleworth with employment opportunities and in other ways. We worked with the Ministry of Defence to do this.

·         I have supported our Royal British Legion Branch with their activities and events, and continue to do so as a Branch Member.

·         I represented the Metropolitan Borough and Mayor of Oldham at Pots & Pans in November, as well as attending many other Remembrance services across the Ward.

·         At my request a report and plan is being produced by OMBC Operations to look at repairing and maintaining Pots & Pans which is looking tired.

Through our Councillor Budgets we have -

·         Sponsored / paid for a competition of Saddleworth pubs with the White Hart and Cross Keys winning categories in this Ward.

·         Funded flowers and planting across Saddleworth.

·         Put Poppies on lampposts across Saddleworth, with at least some in every village.

·         Supported our Brass Bands in Greenfield to go to Ypres (which they’re doing this year to play at the Menin Gate) and Uppermill (who competed in National Championships).

·         Donated to erect a Royal British Legion sign at the Uppermill Conservative Club to help them recruit Members.

·         Supported Yorkshire Day, and other traditions ensuring they can go ahead annually.

·         Funded Christmas trees and decorations in Uppermill, Lydgate and Greenfield plus other villages in North & West Saddleworth.

·         I did manage to have the flowers planted up on Lovers Lane in the Summer, as an addition to the Environmental services OMBC had planned.

·         As a Member of OMBC’s Planning Committee I have considered many Applications both speaking and voting against those which are on Green Belt or OPOL or those which are unsuitable for Saddleworth for other reasons like Highways safety.

·         I have also had to work closely with Planning Enforcement, the Head of Planning, Licensing, Environmental Health et cetera on many occasions to deal with illegal or inappropriate activity by individuals who don’t think the law applies to them.

·         I am now actively organising a number of events to celebrate the Platinum Jubilee in June including a beacon lighting ceremony on Yarns Hill to which you are all welcome to attend.

·         There are other projects in the pipeline for this which I shouldn’t discuss publicly yet.

·         In addition to footpaths and bridleways I also spend a lot of time considering our roads and road safety. And I’m a Member of the TRO Panel so can see what is coming through in Saddleworth.

·         I’ve managed to get two TROs planned 1) on Ladhill Lane, to stop parking which makes the already narrow bridge narrower 2) on Shaw Hall Bank Road where we are also introducing a prohibition of parking - this is not the best but it is the least worst option.

·         We’ve worked to introduce schemes, like that at the Chapel Road / Oldham Road junction securing the crossing there.

·         We’ve also secured a crossing outside St. Mary’s School where the Road has been widened.

·         Some of these schemes have been given Road Safety Awards too which is nice, it’s always beneficial for us to comment and amend Highways’ plans because in principle they’re perfect but in practice not so.

·         I have continued to work with Highways to have the historic Victorian milestones maintained and the Director of Economy has supposedly found some funds in her Corporate Landlord Budget, but I’ve not seen this money yet.

·         I have had one milestone moved to the Museum to form a ‘Transport through Time’ display (hopefully) after it is was involved in a vehicular accident and was removed from site.

·         I’ve also worked with the School and Museum to place a plaque for Dr Albert B. Wood - the Saddleworth physicist.

·         I am exploring options for continuing to celebrate Saddleworth’s Yorkshire identity too with the surviving White Rose Society (which is largely defunct) and we’ve had our first new signpost erected at Scouthead.

·         I designed it and it is based on those erected by the West Riding County Council.

·         I have no progress on BT Boxes because of stubborn Parish Council colleagues on the Estates Committee but I’ll keep trying to persuade them.

·         I have other heritage projects but not in my PMBC Ward - in my SPC Wardmwhich won’t be of much interest to you.

·         On the Riverside FP a feature has been made of an old Corporation Board boundary stone (again at my request as it had sunk into the mud) - it now looks prominent and splendid.

·         I’m also continuing to support the Historical Society with their project to create a Library, Archive and Local Studies at Holly Bank.

·         Added a number of historically and architecturally significant buildings to the Local List for Greater Manchester including Friezland and Uppermill Schools, Lydgate Village Hall, Civic Hall, and Greenfield Conservative Club.

·         I am also working to get a site in Friezland designated as a Site of Special Scientific Interest.

·         Approved fungi growing on OMBC land to be sent to Kew Gardens for testing - we await the results of the tests (it could just be magic mushrooms).

·         Found Incredible Edibles a base at Brownhill Gardens where they can utilise the raised beds for planting vegetables, herbs and fruit et cetera. Also they’ll benefit from the wildlife in that area.

·         I have had Pickhill Pond excluded from the old School site so it won’t be sold, I have also asked that the playing fields and sport pitches are kept in place too for Teams and Clubs to use.

These are just some of the examples which stood out to me when I was writing this Report for you and this is in addition to the more minor or insignificant casework I get and deal with on a daily basis - like potholes, blocked gullies, road sweeping etc.