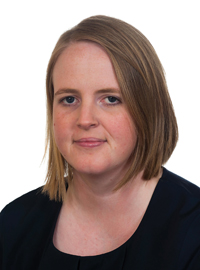 If you have any queries or problems that need to be discussed with your Labour Councillors, please contact:

Last May I was elected to represent Royton South for the third time. To continue to represent the area I was brought up in and went to school in, remains the greatest privilege. Thank you to everyone who voted for and put their faith in me. Last May, I was also elected to the position of Deputy Leader of Oldham Council and given the Cabinet responsibility of Neighbourhoods.

The past year has been a combination of continuing to deal with the pandemic and the fallout out for local business and our residents, to the focusing on borough wide activity as part of my role as Deputy Leader and beginning to see the realization of some of our long-term ambitions for Royton.

As part of my role as Cabinet Member for Neighbourhoods, I launched the Don’t Trash Oldham initiative. The state of the town and the amount of rubbish and dumping of waste we have seen over recent years was the biggest issue raised with me in the lead up to the local elections and this was true of nearly every other ward in Oldham. Don’t Trash Oldham is a commitment to clean every street, road, and alleyway in Oldham over 10 months on a ward-by-ward basis. But it is a wider commitment to become a resident focused council, putting residents at the heart of everything we do and reprioritising our focus on the things that they say matter to them.

As a ward Councillor I continue to deal with casework on an almost daily basis, we hold regular litter picks and get involved in community events. This year in Royton, we have finally seen the work begin on Royton Town Hall. We have been campaigning for this since I got elected and secured the funding some time ago but crucially last year we secured a timetable for works to begin and this has now started. There will be £2.4M investment in Royton Town Hall and Library, this will include the demolition of the rear extension and the creation of a public space. We will bring back to life some of the buildings original features but make it accessible to all Roytoners and a genuine community hub.

This year I have been successful in a bid to the Local Improvement Fund to tackle speeding on Salmon Fields, I have also secured funding from Greater Manchester and combined this will mean £40,000 spent on traffic calming measures. This will also coincide with the introduction of a crossing at the old railway tracks as it crosses Salmon Fields, this area is being opening up to attract more cyclists and walker.