Oldham Council is saddened to announce news of the death of Councillor Dilys Fletcher MBE. Councillor Fletcher, a Ward Member for Alexandra, passed away on the morning of February 15. Oldham born and bred, Dilys was a devoted mother to five children and a grandmother of six. Her career spanned from local mill work to becoming an Audit Commission tenants’ inspector for the Government from 1998 to 2006. Prior to that she had served as Chair of the Higginshaw Village Estate Management Board for almost a decade from 1992. In 1995 her outstanding contribution to public life was recognised when she was awarded an MBE for her services to deprived and disadvantaged communities. Her passions included education, local history, the working poor, social housing and fighting ageism. Dilys, a Higginshaw resident, first served as a councillor for the Labour Group between 2004-6 in Chadderton South ward. During that time she was a member of the Planning Committee and Chadderton Area Committee. She also participated in a wide range of outside bodies including the FCHO Local Area Board; Oldham Independent Housing Aids Centre; Oldham Local Transport Group; Voluntary Action Oldham; Groundwork Oldham and Rochdale; Oldham Bangladeshi Millennium Centre; and Oldham Personal Advocacy Ltd. In May 2012, Dilys was elected to the Alexandra ward. A highly-valued contributor to the Oldham West District Partnership, she also sat on the Licensing Committee and the Licensing Drivers Panel, plus the Honeywell Forum Group - a users’ committee at the Honeywell Centre. Members of the public, friends and colleagues are invited to pay their own personal tributes in this online Book of Condolence. There will also be a book available to sign at the Civic Entrance (formerly Rochdale Road Reception) during normal opening hours. 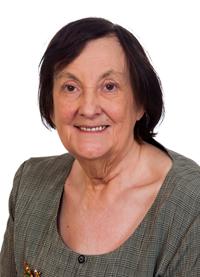