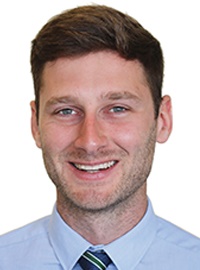 I was elected as a Councillor for Failsworth West in 2012, where I lived with my parents. In 2016 my girlfriend and I bought our first house together in Failsworth where we still live.

During my time on Oldham Council so far I have been heavily involved in the 'Fairness Campaigns'. I successfully lobbied First Bus to slash their fares for residents by 30 per cent, for example, and also worked hard to help sign local people up to the collective energy buying scheme that collectively saved Oldhamers thousands of pounds on their energy bills.

I spent a year as Chair of the Failsworth and Hollinwood District Executive during 2013-14 before being appointed as a Deputy Cabinet Member for Employment and Skills in 2014.

I am active in my ward holding two static surgeries each month and dozens of street surgeries.

I founded the “Big Failsworth Clean Up” which sees volunteers come together and litter pick local streets. I also volunteer with the canal clean up and on the gates at the annual Failsworth Carnival.

Outside of the council I play the piano to Grade 6 standard and dep as a cornet player in various brass bands when I have the time.

My priorities for Failsworth are to be an accessible ward councillor who is readily available to give advice and support when required by my constituents. The issues that I know are important to local residents on which I want to campaign are; the quality of private rented housing, crime and anti-social behaviour, improvements to public transport and the standard of education.

I have also already been involved with the formation of a number of residents and home watch groups who take responsibility for the cleanliness and community safety in their area. I would like to see many more of these formed.

Finally, I would like to see the re-design of Failsworth District Centre to make it much safer and incorporate more independent local businesses to provide greater choice for residents.

If you have any queries or problems that need to be discussed with your Labour Councillor, please contact Councillor Fielding on telephone number 07912 774980 or email him at sean.fielding@oldham.gov.uk