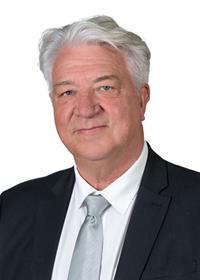 If you have any queries or problems that need to be discussed with your Failsworth Independent Councillor please contact:-
Councillor M Wilkinson
Tel: 07971 583 837
Mark.wilkinson@oldham.gov.uk

Created a Disability equipment loan scheme. I collect Wheelchairs, strollers, Zimmer frames, crutches, bed guards, shower chairs etc., with a view to assisting residents who may need to use them free of charge.

Working together with GMP and residents to resolve Anti-Social behavior on Queen Elizabeth playing Fields at Leicester/Warwick Road, which has been a successful project. I held a public meeting to enable residents to have their say and inform me of their concerns.

I assisted with various other people in enabling the Landlord and the Landlady of the Sun Inn, Oldham Road, Tracey and Russ Young, to gain a new 5-year VISA, after Russ had been informed, he had to return to Australia

A Company named Enviroil had been acting outside their operating licence and I had received numerous complaints from residents, regarding the odour and noise levels. I held a public meeting to hear the concerns of members of the community. I advised them to lodge their interests on the OMBC website under planning. Unfortunately, the action taken by officers has not resolved the situation and has now been passed to The Drivers Vehicle Standards Agency. Once they have completed their obligations it will be determined if the business can continue in its present form as the application to renew said licence begins in April.

I have carried out 4 community clean-up projects, in Beech Street/Ash Street, Victoria Street, Main Street and Princess Street, with assistance from Ian Monaghan who has supplied skips for all the projects. Along with this I arranged for a total clean-up of the ginnel at the back of Samuel Street, which was in a very bad state, with a rat infestation, by Regenda Homes

I organized for the Trees and bushes to be cut and the community area to be generally cleaned and tidied up at Barons Court.

I have been involved in the very robust traffic calming measures on Lord Lane, which has a traffic accident hotspot. Work is about to commence in the very near future.

I arranged for the footpath on the fields at Somerset Road, to be reassembled and raised as it had sunk into the grass and covered in rainwater and mud. Work has started but is still ongoing

Following work carried out at the junction of Paddock Lane and Lord Lane, by United Utilities, the drains on Lord Lane had become seriously blocked. Following periods of rain, one of the junctions of the pipe work underground, would overflow flooding the garden of 274, with water, which entered the house through the air bricks, causing the electricity to fuse. Following numerous phone calls back and forth and a failed attempt to bring an end to the problem, it was eventually resolved.

There had been a collapsed drain underneath the pavement on Propps Hall Drive for over two years, when a resident complained to me. It was dangerous as it left an open hole which someone could very easily have fallen down. It took approximately 7 months for the repairs to be carried out by United Utilities, following untold phone calls to various departments

I have been involved in a new project at The Holy Family Church on Lord Lane. The congregation and Church Committee had taken the decision to create a Community Garden for the people of Failsworth, on a spare and unused piece of land at the back of the building. I agreed to donate £1,000 of my personal allowance to this venture, have attended operations several times and liaise with the project coordinator. The work is still ongoing, but it hoped the garden will be open to the public by April/May.

I assisted with the running of the Senior Citizen’s Christmas Party, held in December, which was attended by 93 residents and was a total success

I have liaised with Highways department, after it was brought to may attention that no traffic road markings i.e., give way signs, were present at the junction of Mather Street/Ward Street

I arranged for the bushes which were overhanging the pavement , which made it impossible to pass with a pushchair or wheelchair, at the junction of Farm Street and Stott Street.

I was along with The Manchester VII Scouts, part of the acquisition of a 24-hour public defibrillator, which is now in place outside the Post Office on Lord Lane, where Matthew McCartan the owner, has agreed to pay for the running of the machine.

I have also assisted residents with various problems, including garden drains, flooded gardens, dropped Krebs, bulb planting which I have contributed £500 towards, parking problems outside St. Mary’s School and involving GMP, housing problems and noisy and troublesome neighbours.